If you're landing here, I can only assume...

or, 2) you just like/love/tolerate me (or some combination thereof) and would generally prefer to see me "getting by" like some kind of mildly successful adult type sorta person 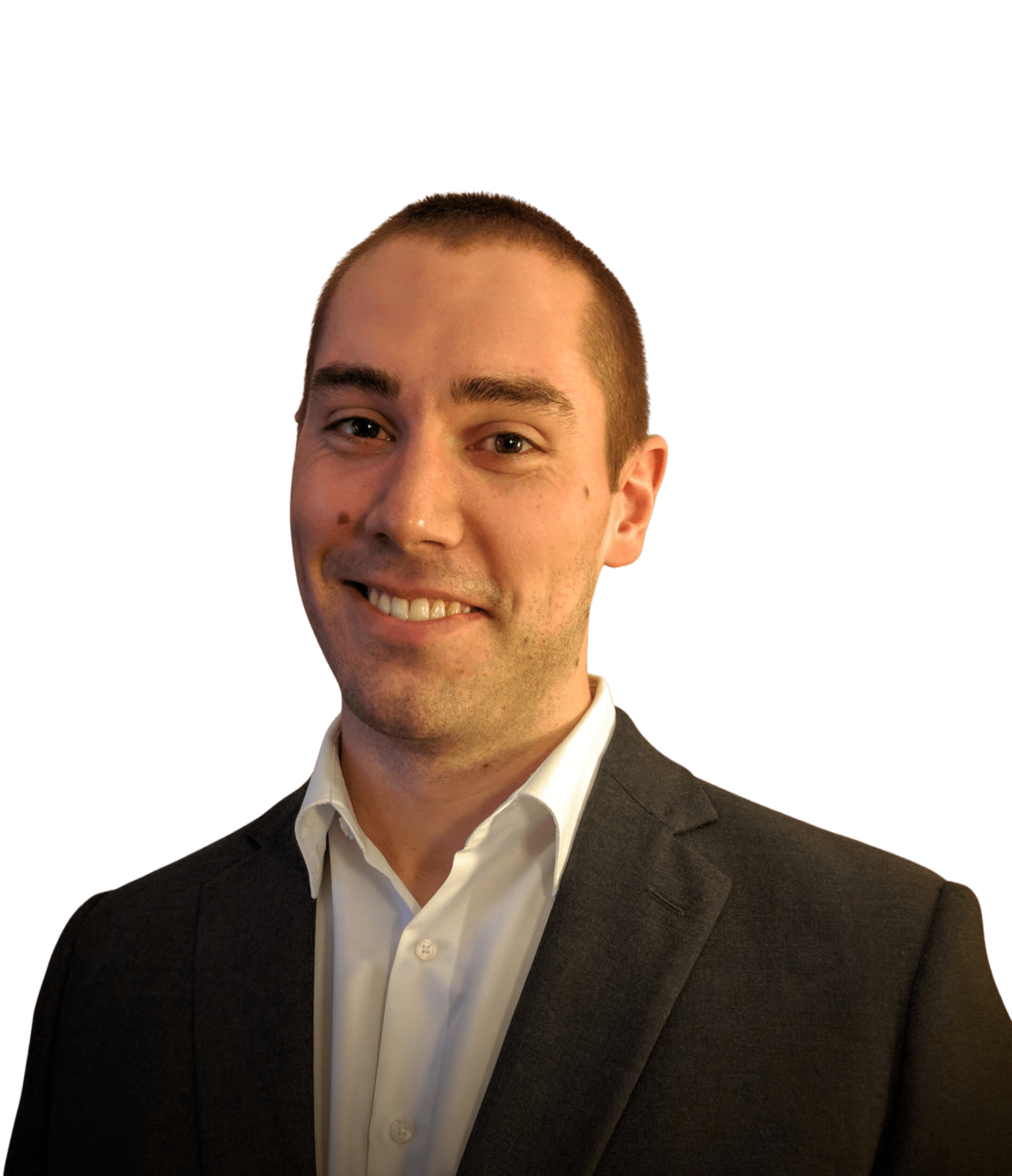 To answer that one (great question, by the way!), I guess I COULD just copy and paste the mission statement directly from my Patreon page, as it does cover most of our bases. But if you really wanna see my A-Game, you might as well just hop straight on over to Patreon to learn more.

Since you're here now, though, I might as well just lay it out for you in straight up Real Speak™, which I'm told is the preferred format of the homo sapiens.

Give it to me straight!

Fortunately, I've also got a TON of badass perks to offer you in return for said help, so we don't have to think of any of the following as "begging" so much as it is "prostitution," which means...

Wait a second. What was I saying?

You know what? Before we get all hung up on the details, we should probably clarify one important... err, well, detail...

What even IS Patreon?

Patreon, loosely speaking, is a place where lovely, supportive people can lend their patronage to their favorite creators to help them carry on doing their thing, whatever that may be.

Mostly, that patronage comes in the form of a monthly monetary pledge, but I'm also open to writs of nobility, goats, and really really big wheels of cheese.

All joking aside (and getting back to that WHY), the sad fact is that, while I've had some erratic bursts of success here and there selling books on Amazon—and, more recently, on other retailers too—those bursts have been just that: burst. Erratic, unreliable bursts. And they're getting harder to come by.

Just to (shamefacedly) put this into perspective, since getting into this business and first publishing Red Gambit back in 2017, I've brought in something like $80,000 in total revenue between eBooks, audio, and everything else.

Which doesn't sound TOO bad, if you were to simply take that number, divide it by the 3 years it's been, and assume I was banking close to $27k per year. Not glamorous money, by any means, but probably livable in my current circumstances.

Except... once you look at the awkward little question of how much it COST me to bring in that revenue... well, I won't belay the point or embarrass myself with exact numbers, but suffice it to say: the struggle to keep the creative lights on, so to speak, is very real—and more than a little scary.

Now, it could just be that I'm a shitty businessman. I could go on and on about how the market's changed—how more and more authors are getting squeezed out/drowned in the churn of those who are willing to write faster, spend more, and "stop thinking so much."

I could rant and rave about how many authors have decided to make this a "numbers game" and talk about their own books with language like "minimum viable products" in their quest for publishing speed.

But the version that really matters here—the truth that I constantly rant, and rave, and freakin' proselytize to try to get around—is that I'm stubbornly set on treating my art a certain way, and that, as things stand, the market is no longer geared towards financially rewarding that.

So, I dunno... screw the market, I guess. (Did I mention I'm a shitty businessman?)

But really. It's either that, or I get with the times and start churning out "minimum viable products" that are "properly" written to market. (Spoiler alert, I've tried. In the name of financial stability, I've really tried. And I'm not built to comfortably write stories that way.)

So, you know. Screw the market. (Again.)

If I wanna keep fighting the good fight and writing stories I can truly believe in, it appears I'm gonna need a more viable plan to cover the costs (and keep food on the table).

If I wanna make this work much longer, I'm gonna need a team.

Which brings us to the real crux of the matter...

You, in a nutshell.

You, and a small but fiercely enthusiastic tribe of my most supportive readers, all coming together to help make sure the next story can afford to be told.

"Small" is a relative term, of course. But in this case, I have a very specific goal in mind. Because here's the thing:

I don't need to sell millions of books like some indie authors are doing.

I don't need to be making six-figures a month (or even a year).

What I DO need is enough to scrape by and keep the lights on (or at least the computer charged and the child fed—and probably NOT in that order).

If I wanna keep doing this, I need enough to reliably cover things like cover design, editing, and mailing list hosting. And the truth is that, as things stand, I can no longer reliably manage to produce that income on places like Amazon alone.

That's where Patreon comes in.

And if you've read this far—if this is resonating with you and you feel that my books DO have value (and if you're hoping to read plenty more of 'em in the future)—then this might just be where you come in, too.

The patronage model is pretty simple:

A pledge of $3/month now gets you EVERYTHING I publish.

(That's novels, novellas, short stories, and more—INCLUDING everything I've written to date, and also a bunch of other exclusive behind-the-scenes materials. More on all that in a second.)

Before I lay out the full, juicy details of everything Patronage will get you, it seems prudent that I should also tell you my ultimate goal here. (Because after all of this vulnerable human Real Speak™, I'd like to think we're all in this together, you know?)

So here it is—my audacious plan to keep at this creative life, despite being a shitty, market-screwing businessman:

(And all the creative stability that brings!)

And THAT, at the end of the day, is all I'm after here: Enough of a steady financial line to know that, as long as I keep writing the stories as best I can, you and the rest of the team will be there, ready to read them.

To that end, if you'd like to think of this Patreon thing as nothing more than a cool way to effectively "pre-order" my future stories (not to mention to unlock instant access to all the stories I HAVE written to date, plus the other fun shenanigans I'll mention below), then I won't argue.

But I WOULD like you to know that, to me, your Patronage represents more than that.

A surefire symbol that you believe in my stories and want to be damn sure you can keep reading more well into the future.

In short, it's a vote of confidence that lets me know that you (yes, you, Dear Reader!) have my back, and that I need to keep going, regardless of what the Wild Winds of Market Churn keep trying to tell my poor bank account.

Now, if that sounds like something you'd like to consider being a part of, we should probably get to those juicy details. 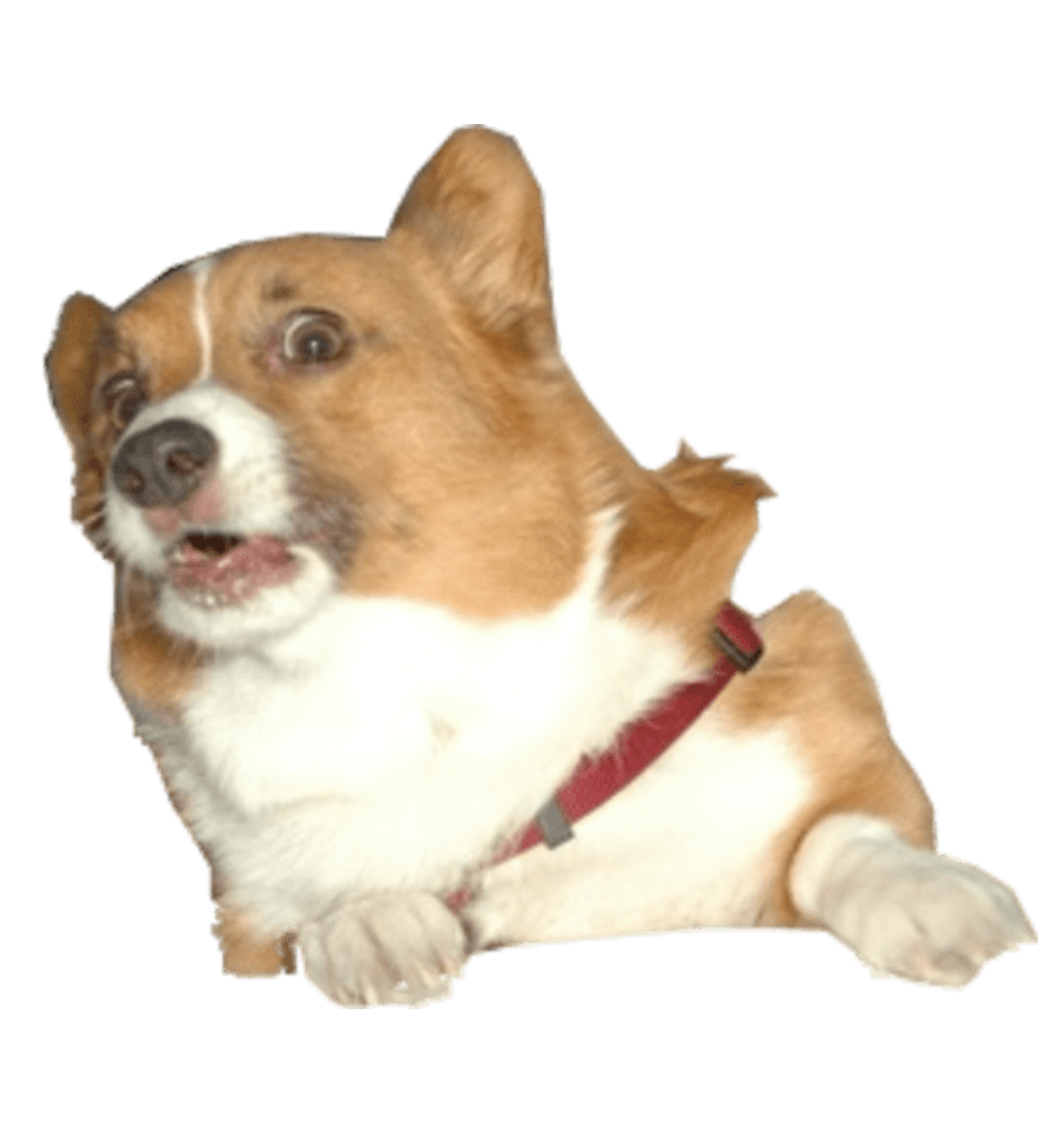 Wait. How did you even end up here? Never mind. Let's take a crack at this. 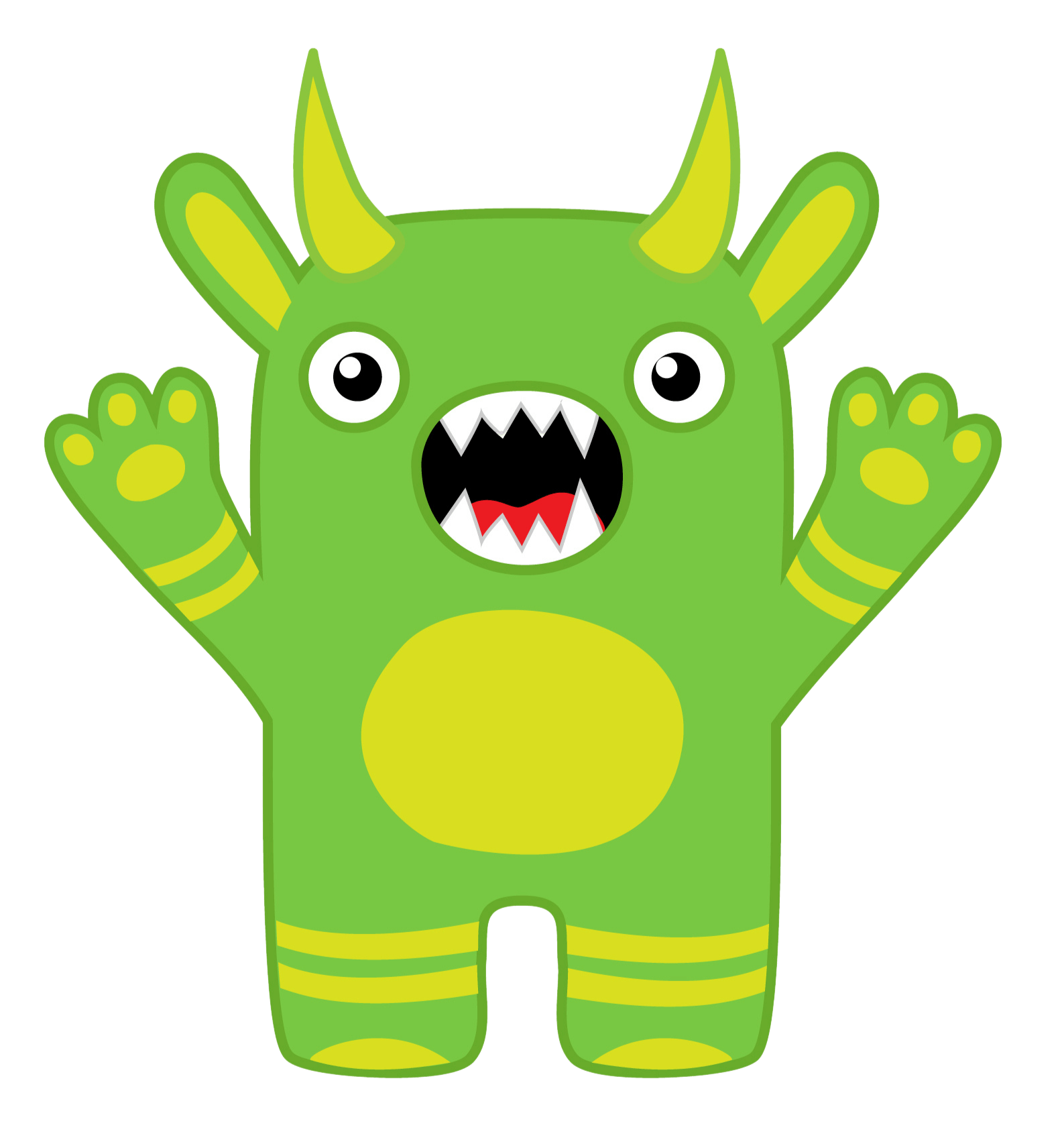 You love me long time, and you're willing to pay for it. (Wait. No. Not like that.)

i've got you, luke!(Become a Patron) 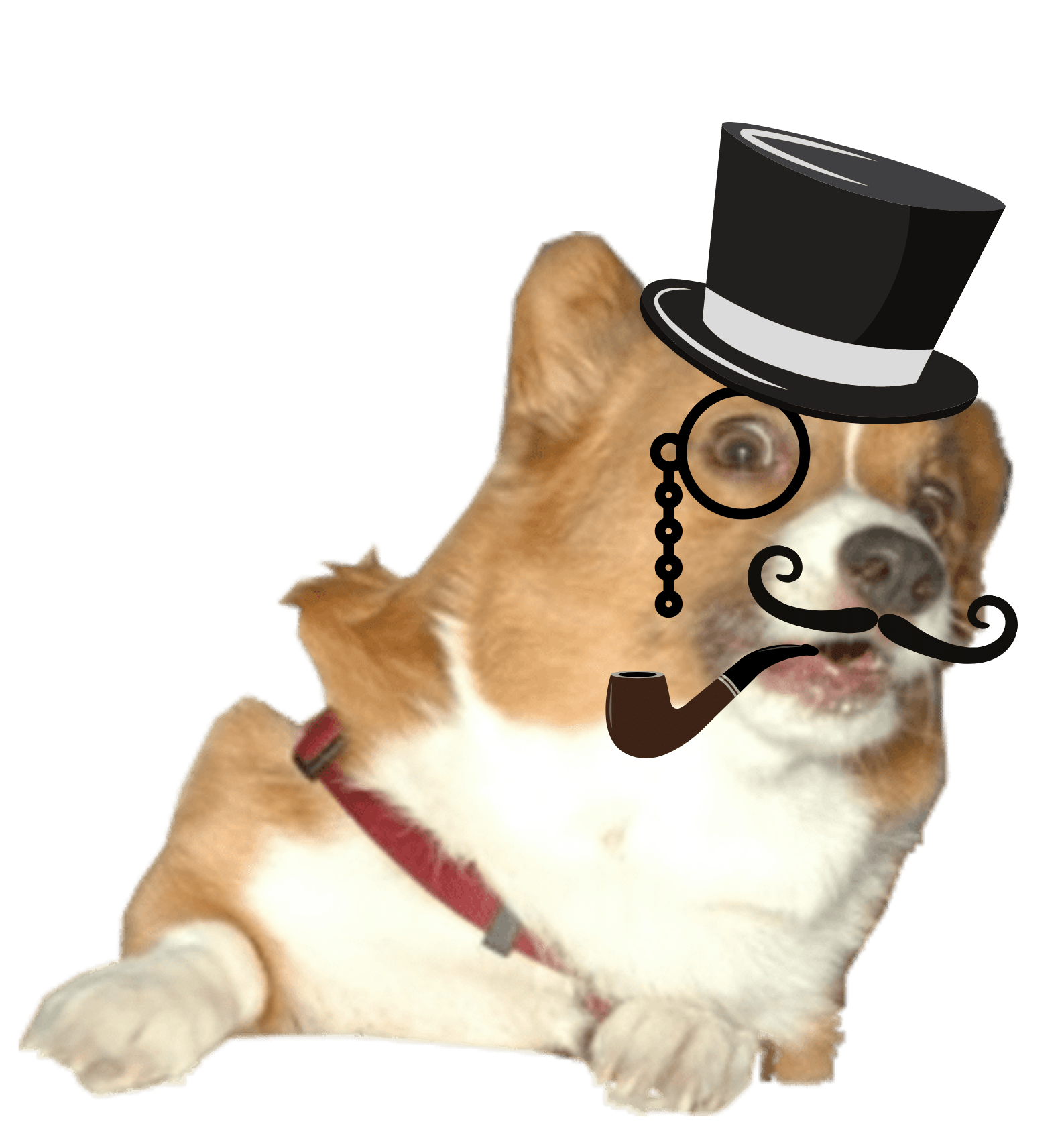 The juice may not ALWAYS be worth the squeeze, but you'd sure like to know about it

Whichever way you choose, I truly appreciate you taking the time to read this far.

I'm not going to say I'll quit writing (or anything equally dramatic) if this Patreon fails to hit its goal of 1,000 True Sugar People.

I'm pretty sure I'll always be writing, in one form or another.

But spending thousands of dollars on covers, editing, newsletter hosting, advertising, and everything else that goes into this authorpreneurship? That's sadly becoming harder and harder to justify in a market that increasingly seems to be craving the things I'm least well-equipped to give it: raw quantity and speed.

So if this Patreon thing doesn't sound like your cup of tea, I completely understand—and I'm still extremely grateful for your support anytime you buy my books (or anything else), either on this site or at your retailer of choice.

But if you WOULD like to throw up a flaming, "Hell yeah!" for my stories and let me know to keep at it, no matter what, then this here is the best and strongest way to send me your smoke signal.

Cheers, my friend. And happy reading!

For instant access to my ENTIRE published catalog—past, present, and future!